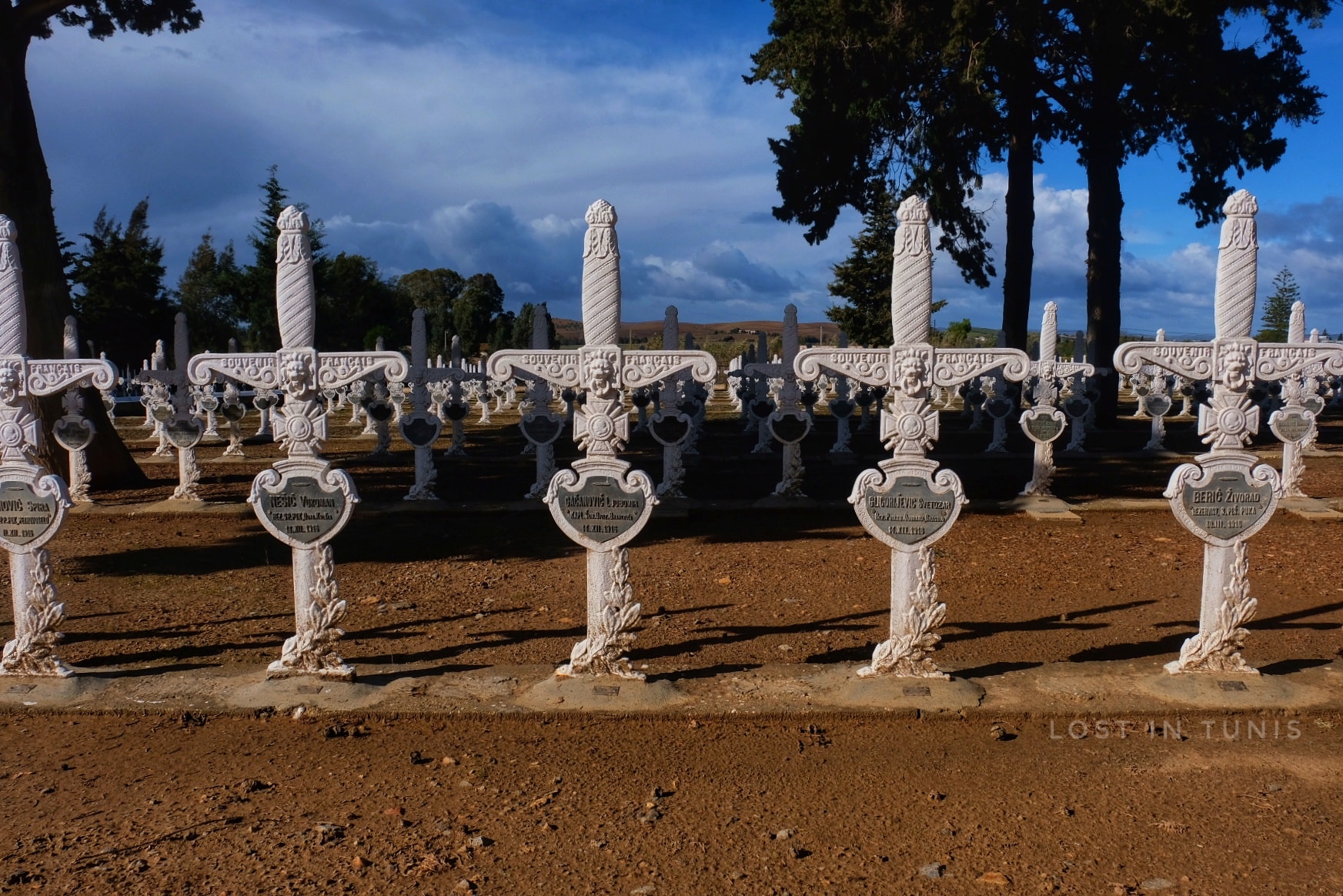 First thought: why would be a Serbian world war one cemetary lost in a wood near the small town of Menzel Bourguiba (60km north of Tunis)?

Long and complicated story short: a regiment of serbian soldiers fled a battle they lost in the balcan war and decided to retreat in Tunisia, at that time still a french colony, with the consent of France their ally.

ans they burried their fallen soldiers in that town.