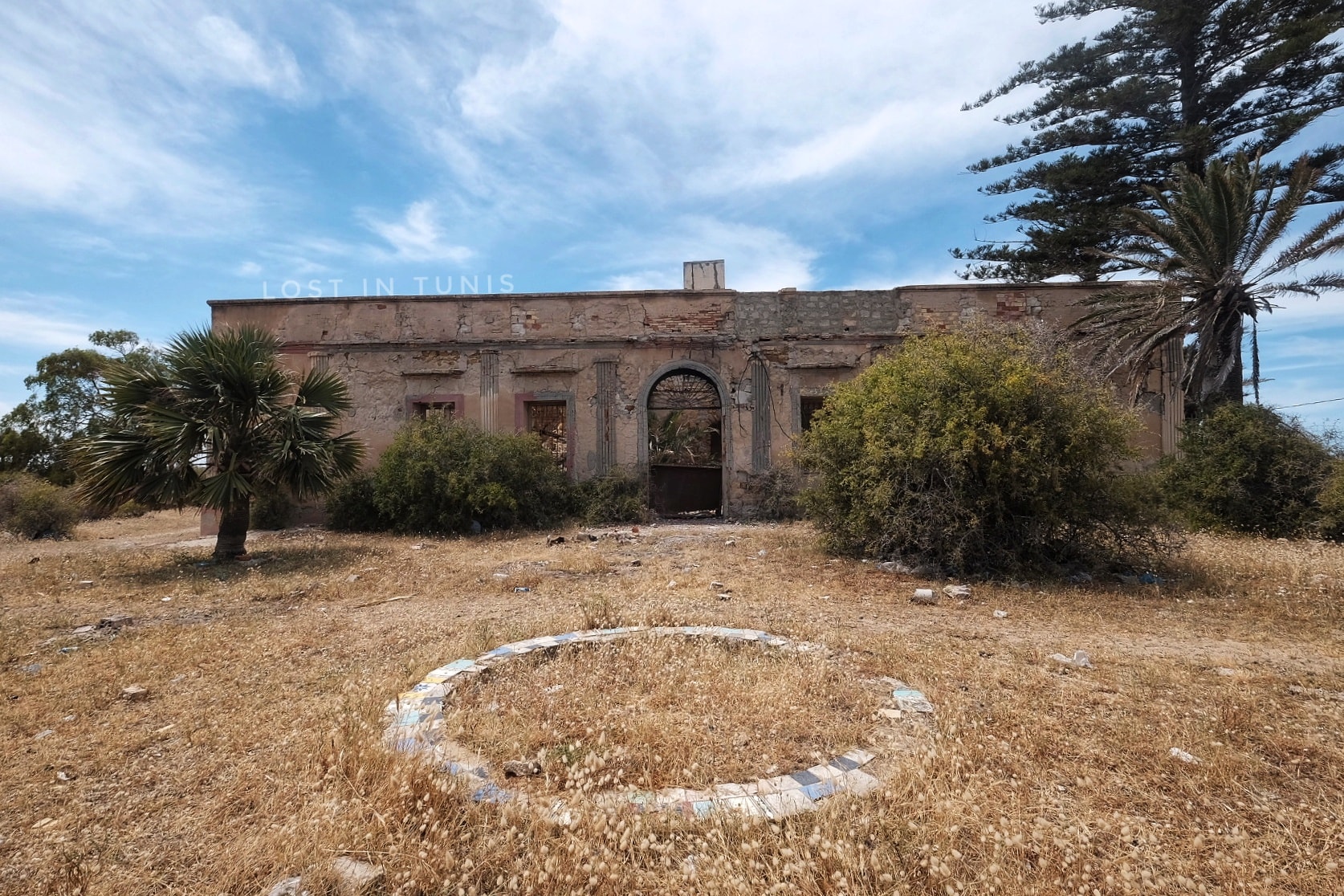 Ezzahra is a coastal town south of Tunis, during the French colonial period, it was known under the name of Saint-Germain.

It was, most probably during this colonial era that was build this luxurious summer house, just few meters from the beach, in the middle of the sand and just next to the ending of the small River of Maizet.

Hard to find more precise infos about this house, it was most probably built during the french colonial era.
The locals refers to it by “Palais Hlioui”, the name of the last known family owners.
An urban legend even say it used to have it’s own private jetty where the owners park their private boat.